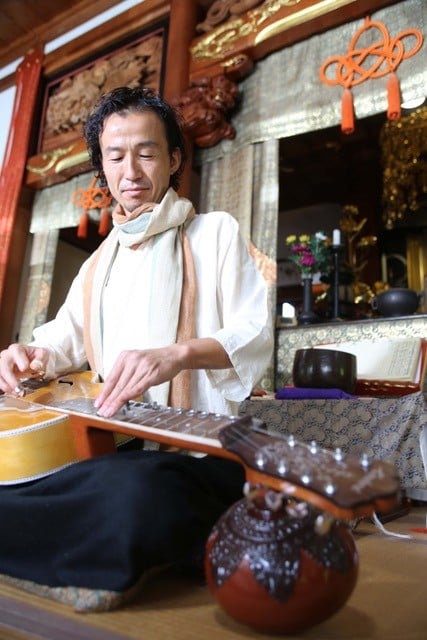 I love India and stayed eight times already to learn ancient musical instruments and yoga. I have benefited deeply from its culture and wisdom. When I learned about YGB from a friend, I was especially moved to know how its mission is to empower underserved women in India. Its mission “to give back to India” is wonderful.  It was a very natural for me to join YGB’s efforts as I pray peace of the world wholeheartedly. I pray that this work will save more lives from suffering.

Hiroyuki Matsuhisa is a Japanese musician, singer and songwriter, specializing in classical Indian instruments and sounds. He studied the satvik veena, a rare instrument that combines the sitar and guitar, with its creators – Grammy-winning Hindustani classical instrumentalist Vishwa Mohan Bhatt and his son Salil Bhatt. Hiroyuki tours all over the world, actively collaborating with kirtan artists and other performers in many styles, genres, and disciplines. He has co-created with Yogis, dancer, and visual artists. Through the meditative tones and the elegant timbre of the satvik veena, Hiroyuki’s melodies underscore the preciousness of life and transmit a sense of peace and happiness