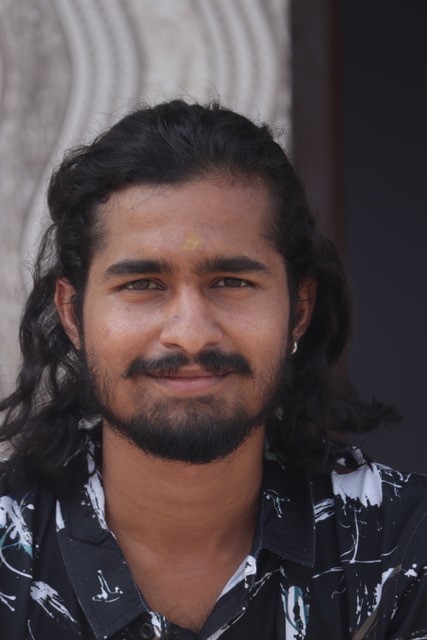 Naveen came to Deenabandhu Children’s Home when he was 3 years old. His father had deserted the family when Naveen was only a few months old, leaving him under the care of his maternal grandmother. His grandmother suffered from numerous ailments and diseases, and was was unable to take care of her little grandson. Hence, she placed the child under the care of Deenabandhu. She later succumbed to her illnesses when Naveen was around 10 or 11 years old.

Naveen proved to be a popular child very soon after his arrival, getting  along with everyone very well.  A very beautiful child, he was also very active and intelligent. He did well with his studies and became increasingly adventurous as he grew up.  During summer holidays while he was in high school,  he participated in film-making workshops with the other children at Deenabandhu. They learned script writing, filming, editing and everything needed to make a short film during these month-long workshops every summer. It was during these experiences that Naveen began to dream of becoming a filmmaker. After completing his 12th standard, he applied for a degree course at the Chamarajendra Government College for Visual Arts, Mysore, and gained admission.  Having decided to specialize in film making in his third year, he is currently in final year of the course  with the goal of becoming a cinematographer.

In addition to finishing his degree, Naveen works as a freelance photographer documenting events and other special events, including the photography and documentation of events at the Deenabandhu Children’s Home.

He is supported by YGB both through the SHE scholarship and Sister-Aid programs. For the cost of one yoga class, you can truly change a life. Join us if you are benefitting from YOGA! We are empowering 400 disadvantaged youths with our SHE Scholarship for Higher Education for them to attain college degree and to bring their dreams to life. http://bit.ly/YGBDONATE

You Are Truly Empowering Keya and Her Community!

Purnima Continues to Fight for Her Daughter

“I WAS ABLE TO FOLLOW MY DREAMS WITH YGB’S SCHOLARSHIP”