Our Board of Directors

If you are interested in joining YGB Board, please email us at info@yogagivesback.org. 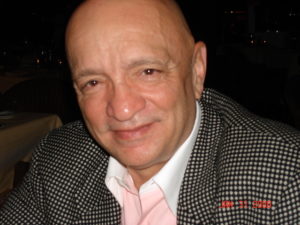 With more than forty years experience in the publishing world, and over twenty years in entertainment, Dr. Atchity (Georgetown A.B., Yale Ph.D.) is a writer, producer, professor, and literary manager, responsible for launching dozens of books, films, and brands. His life’s passion has been finding great storytellers and turning them into bestselling authors and screenwriters. Now Ken’s Story Merchant companies provide full-service development, management, production, and brand launch for commercial and literary writers. Dr. Atchity is dedicated to using his experience to help give the stories discovered by Grameen and Kiva happy endings through supporting Yoga Gives Back’s work raising awareness throughout the yoga community.

“I support Yoga Gives Back because it’s a proactive symbol of a future where reciprocity begins at the physical and spiritual levels and reaches into all realms of human endeavor. YGB is a trailblazer and fills a need, to express tangible gratitude that’s felt in yoga studios around the world.” 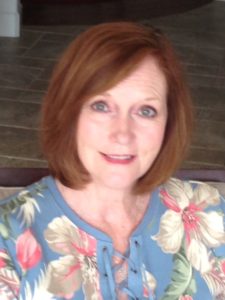 Gail comes to Yoga Gives Back with over 30 years of experience in the areas of finance and accounting.  She has worked for public accounting, city government, hospitals, insurance companies and one of her favorites a flower farm in Oregon. She gained critical knowledge in a small business environment while working in her husband’s produce and specialty food store. Gail has a Bachelor’s degree in Accounting and a CPA certificate in the states of Missouri and Oregon. She has held board positions and served as the treasurer for several not for profit organizations in the areas of hospital management, home health and hospice, chamber of commerce, community aquatic center and holiday lighting event. Gail currently teaches yoga in her own studio as well as continuing some consulting work with a Medicaid contractor in Oregon.

Being touched by yoga over 20 years ago, it left a lasting impression on her life. When moving to LA in 2015 and retiring she began to think about the choices she wanted to make with her free time. Yoga was the clear answer and she obtained her certificate as a yoga instructor. Upon hearing about Yoga Gives Back from a friend she began to investigate and became very interested in volunteering with the organization. After attending the gala last year as a volunteer she was even more convinced dedicating some free time to the organization and its mission felt right.

“Blending my love and appreciation for yoga with my financial background feels like the perfect place to spend some time.  Thank you for the opportunity.” 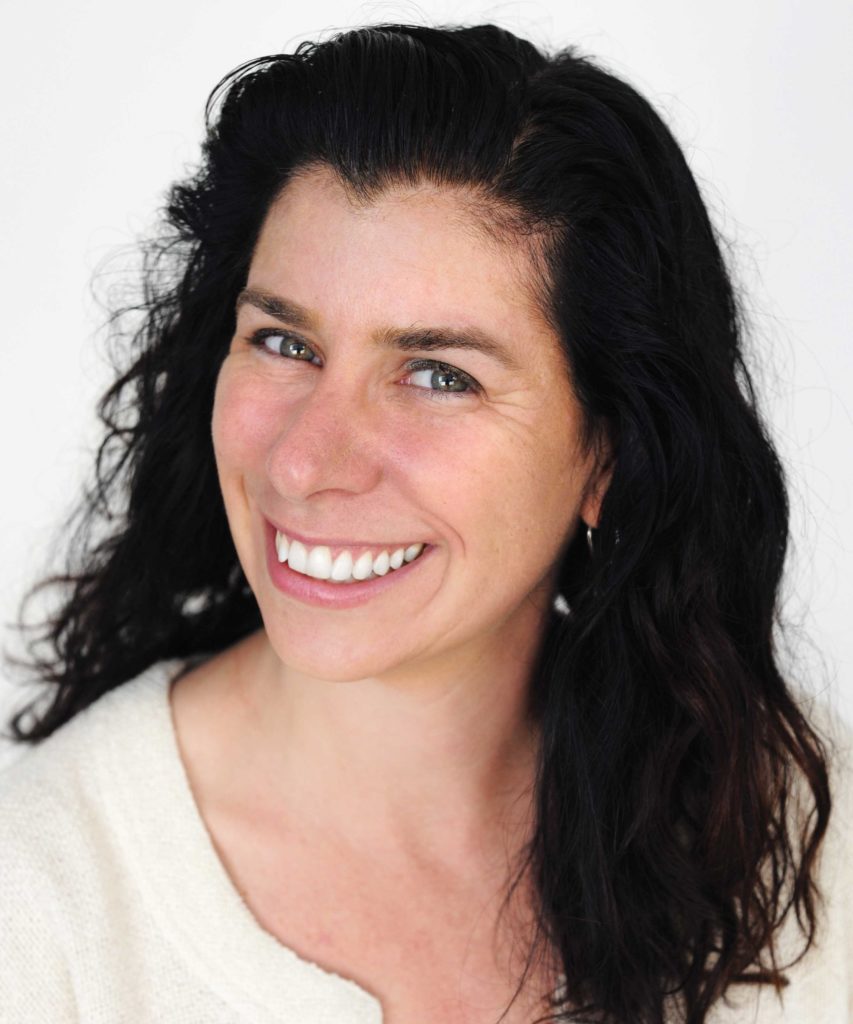 Felicia Tomasko, RN, E-RYT-500, C-IAYT, CAP combines her passions for the teachings of both Yoga and Ayurveda in her life’s work. She integrates her training as a Registered Nurse and her background working in plant biochemistry and cognitive neuroscience in her practice and teaching.She served on the board of directors of the National Ayurvedic Medical Association and the California Association of Ayurvedic Medicine. In 2002, Felicia was part of the founding team at LA YOGA Magazine, where she is Editor-in-Chief and President of Bliss Network. A longtime teacher, Felicia is a featured teacher on glo.com, is on the Yoga Studies and Yoga Therapy faculty at Loyola Marymount University, and teaches workshops worldwide. Felicia maintains a private practice in Santa Monica. Her commitments include an advocacy for community and highlighting social causes.

“I can’t imagine my life without the practices and philosophies of Yoga. As a member of our modern global community, I believe that giving back and being of service is an important part of demonstrating gratitude for these teachings. Yoga Gives Back expresses that gratitude through targeting efforts that support education and entrepreneurship in India. Education, entrepreneurship, discipline, daily practice, social justice, unity, and how we connect and uplift each other through efforts large and small. I’ve long been a supporter of Yoga Gives Back and I admire the dedication of Kayoko and the other advocates and team members. I appreciate the culture of integrity within Yoga Gives Back as well as the emphasis on making a positive impact in people’s lives through all of the aspects of yoga.” 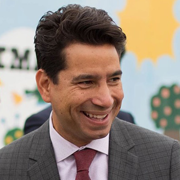 Mark Billings is the Founder of Mosaic Development Consulting. He brings nearly 20 years of experience in campaign management and nonprofit consulting to the YGB Board. He has provided fundraising counsel to educational, social service, and religious institutions throughout the United States, and has participated in securing over $225 million for organizations he has served. His particular expertise is in development strategies, prospect research, and data analysis. Mark resides in Ojai, CA with his wife and two children. He is a graduate of USF and a proud participant of the Semester at Sea program (F’97).

“Yoga Gives Back helps build awareness, community, and gratitude for yogis throughout the world while helping women and children in India. A global community practicing gratitude and graciousness is inspirational, and I’m happy to play a small part in helping YGB in further its mission.” As an avid yoga practitioner in Los Angles, Kayoko founded Yoga Gives Back in 2007, a non-profit organization whose mission is twofold: first, to mobilize the global yoga community with gratitude and second, to empower women and children in India to build sustainable livelihoods. In its 15th year, YGB provides more than 2400 underserved mothers and children with micro loans and educational funds. YGB’s global campaign has reached many US cities and thirty countries worldwide with its mantra, “For the cost of one yoga class, you can change a life.”

Prior to moving to the USA in 1992, Kayoko was a producer/director for NHK Japan’s National Public Broadcaster, working on primetime current affairs and documentary television programs; and cultural attaché at the Embassy of Japan in London. Her passion for documentary filmmaking is rooted in the perspective gained from years of living abroad including Australia, Brazil, United Kingdom and USA. Kayoko now uses her skills to film and produce YGB FILMS to share YGB’s fund recipients’ real stories with the global yoga community.

For the last three decades living in Los Angeles, Kayoko had continued her work for NHK’s feature documentary programs as producer/director, but since 2016 Kayoko has become YGB’s Executive Director full-time.

“First half of my life was to learn from experiences. Second half of my life is to serve others as much as possible! Thus, I am dedicating my life to a non profit, Yoga Gives Back, as Founder and President, to empower underserved women and children in India. YOGA has given me so much, a way to find peace in my heart, most importantly FAITH in myself. I am eternally grateful and I know millions people in the world share the same gratitude. So why not join us? We can do so much more if we come together, #OneMillionYogis!” 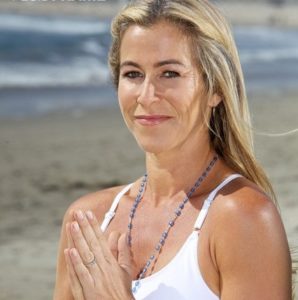 Founder of Jocelyn Solomon Yoga, based in Santa Monica, California, Jocelyn is also a senior teacher at YogaWorks.
Jocelyn is joining the board to grow her commitment to YGB and inspire her students and community to expand their practice by taking their yoga off the mat and into activism. Jocelyn will fold in her legal expertise she gained as a public defender and civil rights attorney, lifelong practice of activism, passionate public speaking and profound love of yoga and service to her work on the board. Jocelyn hopes to help catapult YGB to its next level, creating systems and infrastructures that will support YGB to expand the important work of its mission.
“I support the mission of Yoga Gives Back wholeheartedly. The practice of yoga has carried me through so many times in my life, so it makes complete sense to give back to the women and children of the motherland of a practice that has quite literally been a life saver to me and so many of my students. Service and philanthropy is a core value of mine and my family, and I am thrilled to become a part of YGB.” 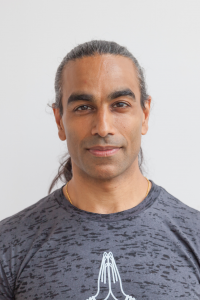 Founder of ATHA YOGA  in Japan, Maneesh offers a unique insight into the world of yoga. Born into a traditional Indian family living in Canada, Maneesh grew up firmly established in the roots and philosophy of Yoga.  A degree in pharmacology gave him an insight into the human body from a scientific standpoint and his passion for sports made him a lifelong student of physiology, function and movement.

After MBA school, Maneesh moved to Asia to join the investment bank Goldman Sachs.  First in Tokyo and then Hong Kong, his experiences in the corporate world made Maneesh a more well-rounded yoga instructor and mindfulness coach. He can relate to those who are busy with life in this fast-paced, often overwhelming world, yet are in search of a more permanent contentment and peace.

Maneesh left the corporate world and returned to India in pursuit of further studies in yoga, Ayurveda (ancient Indian medicine), and Sanskrit. Since returning to Japan in 2009, Maneesh has been sharing his insights both domestically and abroad, offering classes, retreats, workshops as well as corporate lectures and seminars on yoga, meditation, mindfulness and wellness.
“I fully believe in Kayoko and the YGB mission.  I have believed in both since the day I first met Kayoko some 8 years or so back.  It is the reason why I joined as ambassador that very day.  And it is the reason I have tried to help raise funds and spread the word in Japan (and beyond) for all of these years.
As a board member, I feel I can help in a larger capacity beyond simply the Japan piece. With a better understanding of the broader picture, I would like to help YGB gain certain efficiencies, come up with some novel ideas and approaches, and execute these ideas so we can continue to increase our impact on the Motherland.” 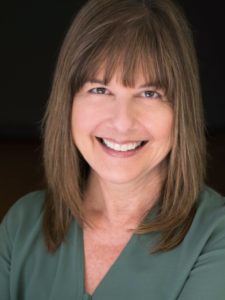 Kathleen Ross-Allee is Managing Director, LMU Yoga Therapy Rx Programs (C-IAYT, E-RYT 500, C.P.T.)  is a yoga therapist and fitness trainer with more than 30 years of experience as a health and wellness expert.

Kathleen began ‘Leen Bodies in 1991 as an American Council on Exercise certified personal trainer in Los Angeles specializing in post-rehabilitation exercise programs and completed her initial yoga training at The Center for Yoga in Los Angeles in 2002.

Kathleen is also the managing director and instructor at the Loyola Marymount University Yoga Therapy Rx programs as well as a Yoga Therapist and Clinical Health Educator for The Center for Healthy Living at Kaiser Permanente/Woodland Hills, where she applies her skills helping people with a variety of health issues.

“In yoga, we are taught the concept of “seva,” or service to others, which includes a dedication to the welfare of others and the desire to uplift those around us. Seva is an integral part of any yoga practice, as it is in mine. And as a yoga therapist, in addition to being of service to others, I work with people to help them understand their needs and implement ways to address those needs. Yoga Gives Back beautifully integrates these objectives, which is why I chose to be a part of it. When I first heard of Yoga Gives Back and its mission to create a community of yoga teachers who are brought together in this spirit of seva to support women and girls in cultures that are not particularly welcoming of female growth and development, it seemed like exactly the kind of service I wanted to be a part of. I have experienced much kindness and generosity in my life and look forward to the many ways I might be able to share the same through this organization.”

DONATE NOW To Be One of One Million Yogis